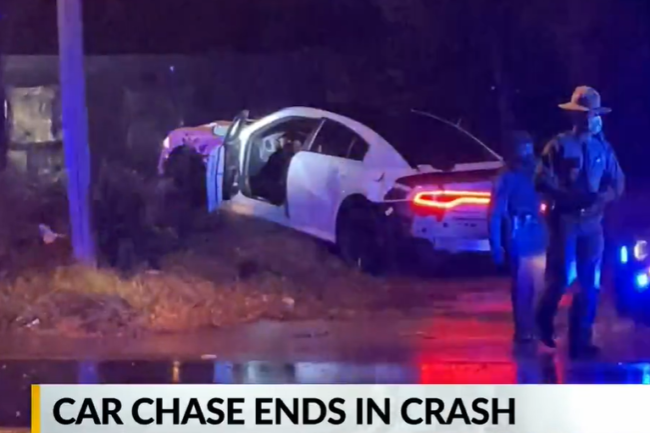 One captured, two wanted after chase ends in crash in Jackson

JACKSON, Miss. (WJTV) – One suspect is in custody and two are wanted after a chased ended in a crash in Jackson.

According to the Mississippi Highway Patrol (MHP), a 2018 white Dodge Charger was traveling southbound on I-220 near I-55 in Madison County on Saturday. Investigators said the vehicle passed two state troopers at speeds over 100 mph in the rain.

The troopers attempted to conduct a traffic stop, but the suspect’s vehicle side-swiped one of the state trooper’s vehicle on I-55 and fled into Jackson.

Investigators said the suspect’s vehicle lost control and hit a light pole on Northside Drive. The three suspects ran away, but one was caught and transported to the Madison County Sheriff’s Department.