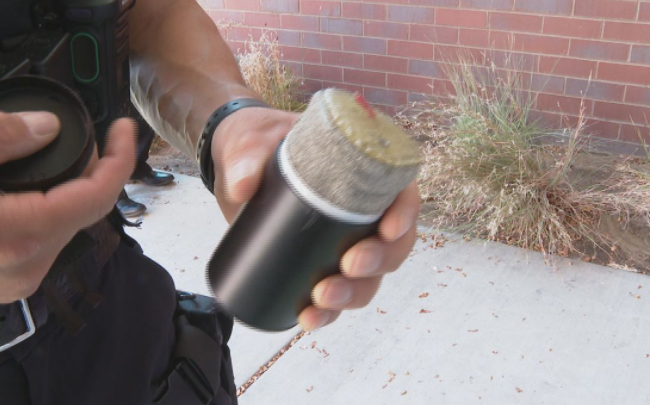 A few weeks ago in Pueblo during an attempted traffic stop the driver of a black Honda made the decision to pull away from the officer trying to pull the vehicle over. In this circumstance the police department’s pursuit policy wouldn’t allow officers to chase, but this time officers have the technology to make sure the suspect doesn’t get away.

“It gives us their path of travel and I can tell you we’ve already used it three times here and at least in one instance multiple penalties were solved as a result of our ability to track that vehicle and find the driver,” said Chief Davenport.

This Star Chase dart technology is being used by law enforcement agencies across Colorado and the country.

“We’ve seen it in Colorado. We’ve seen it across the nation where pursuits have gone very badly and people are injured or killed and a simple traffic violation is not worth that. It’s huge knowing we can keep the community safe with something as simple as this one dart,” said the officer.

The Pueblo Police Department started using this dart technology on September 1st, but other agencies across the state have been using it for years and say it’s become an important crime fighting tool.