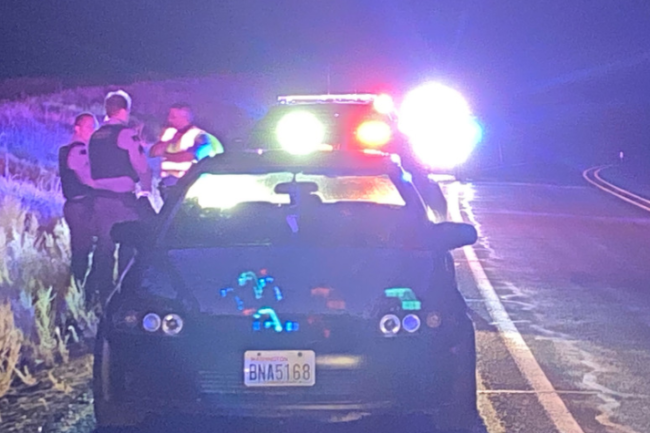 WALLA WALLA COUNTY, Wash. — Washington State Troopers managed to rescue a small child from inside a vehicle that was involved in a high-speed chase Saturday evening.

Trooper Chris Thorson said the chase began near the town of Walla Walla. A Walla Walla County Deputy attempted to pull over the suspect’s car after the driver didn’t stop at a stop sign.