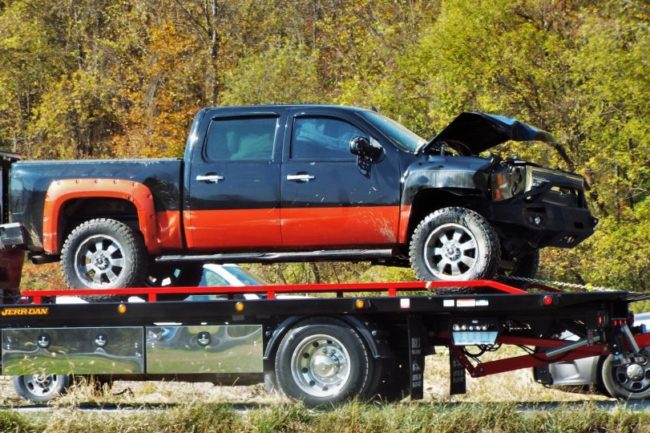 by: Daryl Matthews – My Twin Tiers

MIDDLEBURY CENTER, PA (WETM) – Two people that stole a vehicle were sent to the hospital after they fled the scene and ran into a tree.

FNN reports the couple allegedly stole a black and orange Chevrolet Silverado that was parked in a driveway.

According to FNN, after authorities were notified of the theft, the suspects led Pennsylvania State Police on a chase that ended with the truck crashing into a tree, causing damage to the vehicle and themselves.