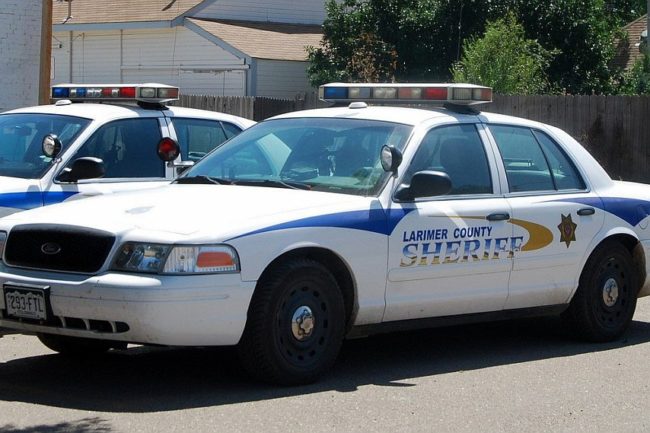 Larimer County sheriff’s deputies say a Loveland man rammed one of their vehicles with his car and later fled on foot before he was arrested Thursday.

Investigators say they attempted to stop a vehicle driven by Cecil Sturkie, 46, after observing him try to buy or sell narcotics on the 3800 block of Mulberry Street in Fort Collins. Sturkie, however, refused to stop his vehicle, so deputies say they deployed a StarChase GPS tracking device to his vehicle and ended their pursuit.

At 6 p.m., they again attempted to stop the vehicle after locating it on Black Oak Court in Loveland, but Sturkie used his vehicle to ram a Strategic Enforcement Unit vehicle, deputies said.

Sturkie then attempted to drive between two homes to the south before crashing his vehicle into a wood retaining wall. Police say he fled on foot for a short distance but was arrested without further incident.

Sturkie was booked into the Larimer County Jail on Thursday on multiple felony and misdemeanor allegations including vehicular eluding, possession of burglary tools, criminal mischief, tampering with physical evidence, possession of drug paraphernalia and four violations of bail bond conditions.

The charges listed in this story are merely an accusation and the defendant is presumed innocent until, and unless, proven guilty in a court of law.