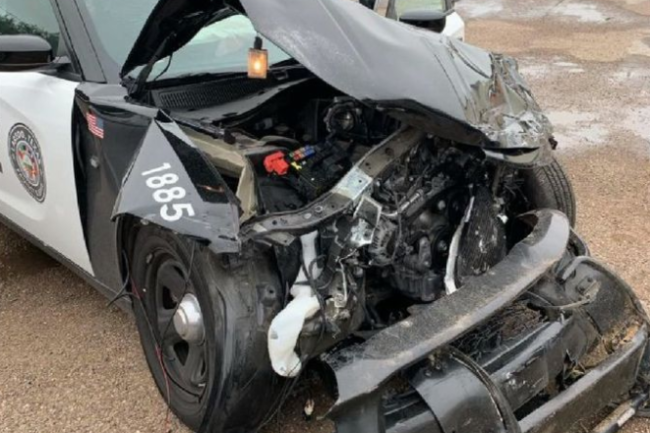 LAREDO, Tex. (KGNS) -What was supposed to be a routine traffic stop escalates into a high-speed vehicle pursuit in downtown Laredo.

The incident happened on Thursday afternoon when police attempted to conduct a stop on a car that failed to signal a turn.

The driver allegedly refused to stop and led police on a chase.

After crossing several different intersections, the car crashed into an LPD unit.