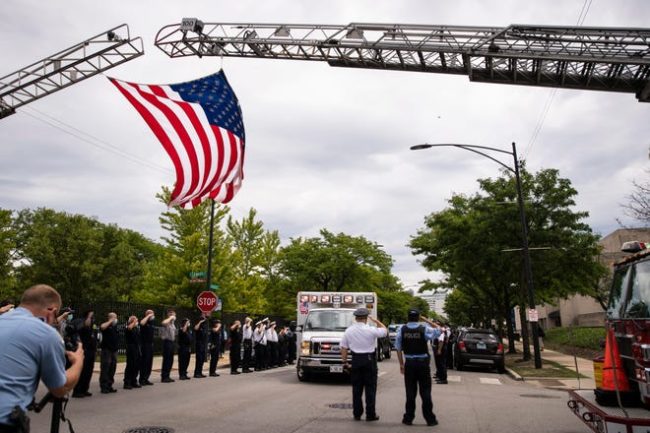 CHICAGO – A newly-promoted Chicago police officer and father of two has died by suicide, city officials said Tuesday – at least the second officer this year to die by suicide in a department that has long struggled with officers taking their own lives.

In a press conference Tuesday, Police Superintendent David Brown said he was “heartbroken” by Boyd’s death, which he referred to as a suicide.

Department spokesperson Anthony Spicuzza said Tuesday afternoon that the incident was being classified as a death investigation.

The Cook County medical examiner said an autopsy was scheduled for Wednesday.

Boyd worked in the Chicago Police Department for more than 30 years, serving the city’s South Side as Commander of Area 1 and the 2nd District, along with numerous other roles, Lightfoot said. He had been sworn in as deputy chief of criminal networks on July 15.

In the afternoon press conference, Brown said that “the job of a Chicago police officer is not easy, especially at a time when there is intensified stress.”