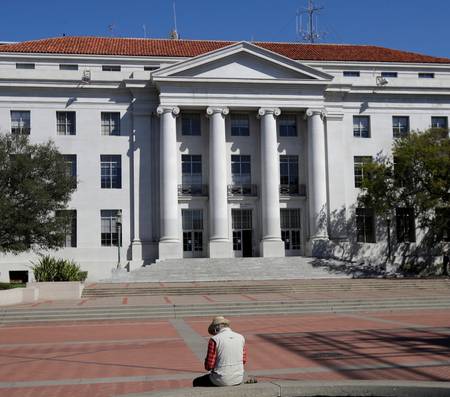 A man sits across from Sproul Hall on the University of California campus in Berkeley, Calif., Wednesday, March 11, 2020. (AP Photo/Jeff Chiu)

The city will now work towards forming a separate traffic department that will use unarmed city workers.

BERKELEY, Calif. — After a nine-hour meeting lasting into the early morning hours, the city of Berkeley announced Wednesday it would move forward with a proposal to remove police from traffic enforcement duties.

Now the city will work towards forming a separate traffic department that will use unarmed city workers to conduct traffic stops, according to the Associated Press. Nothing will change immediately, but the vote calls on the city manager to order a “community engagement process” that will pursue the creation of the new department.