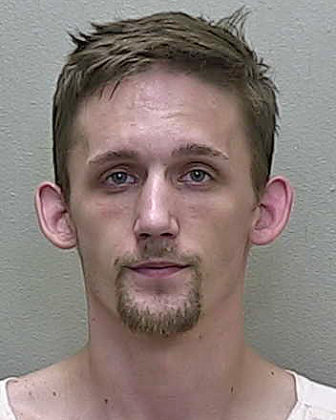 An Ocala man with a suspended driver’s license blew a tire, ran a red light and narrowly avoided several mishaps during a high-speed chase through Ocklawaha and Weirsdale that ended when he crashed into a stopped pickup truck, injuring the driver.

David Judd Underwood, 27, of 1 Oak Trail Place, then reportedly got out of the vehicle and tried to escape on foot before surrendering and being placed under arrest. He was charged with aggravated fleeing with injury or damage, criminal mischief valued at $1,000 or more, reckless driving, and driving with a suspended license.