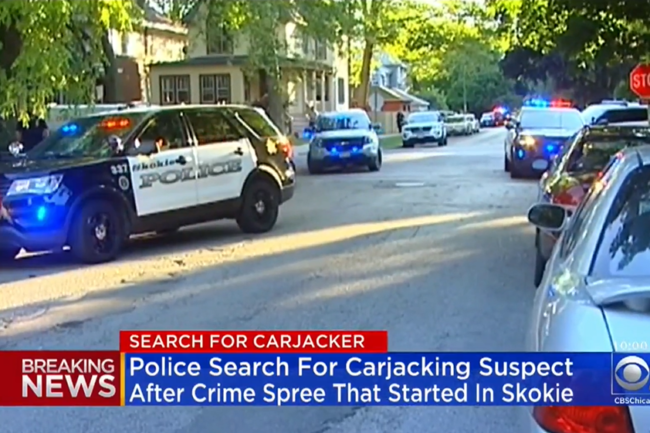 CHICAGO (CBS) — A search was under way for a carjacking suspect whom police followed from Skokie to the city’s Northwest Side Sunday night.

Skokie police said at 6:37 p.m., they were called to the purple parking garage at Westfield Old Orchard Mall, after a man reported that two men stole his gray Infiniti sedan at gunpoint. The men got in the car and drove off in it, police said.