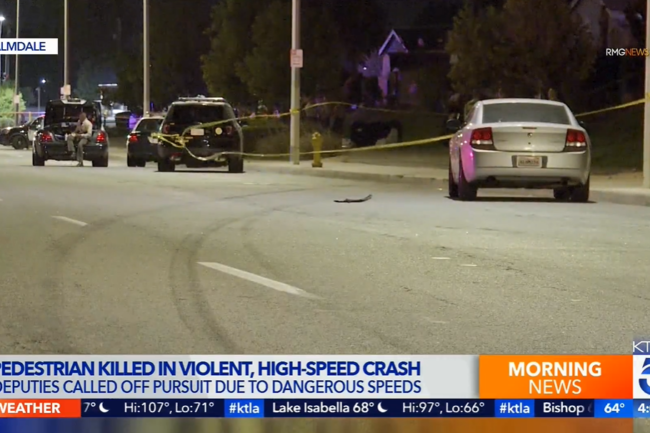 At least 1 dead after pursuit ends in crash in Palmdale; 6 juveniles detained

At least one pedestrian was dead and several more people were injured after a pursuit ended in a crash in Palmdale Wednesday night, officials said.

The chase began in the area of Avenue S and the 14 Freeway around 7:45 p.m., and the collision occurred about five minutes later, a mile and a half west down Avenue S, on the 1200 block, according to Los Angeles County sheriff’s and fire officials.

Deputies say they were chasing a vehicle wanted in connection with a felony crime, and that at least one person inside was considered armed and dangerous. No further details on the original crime were provided.