Notice: Trying to get property 'post_excerpt' of non-object in /home/411307.cloudwaysapps.com/btkamvntsn/public_html/wp-content/themes/brooklyn/partials/blog/content.php on line 92

PASADENA, Texas (KTRK) — One of three robbery suspects is dead following a chase that ended in a shooting involving Houston and Pasadena police officers.

Police say it all began overnight during a traffic stop in the 3600 block of Shaffer in Pasadena. During the stop, police discovered that the red Toyota the suspects were in had been stolen during an aggravated robbery two days ago.
The suspects in the car took off, initiating the chase out of Pasadena and into the Houston area, where Houston police assisted. The chase ended 15 minutes later when the suspects crashed with a Pasadena police car at MLK and Pershing Street.

After the crash, the three men ran from the car. As the suspects were running, four officers shot and killed one suspect who had a gun. It’s unknown if that suspect ever fired at the officers.

FOUR OFFICERS fired and killed a man — allegedly running from a stolen car. It happened after a chase that started in Pasadena. A lot going on. We’re live this morning w the latest on #abc13 starting @ 4:30. 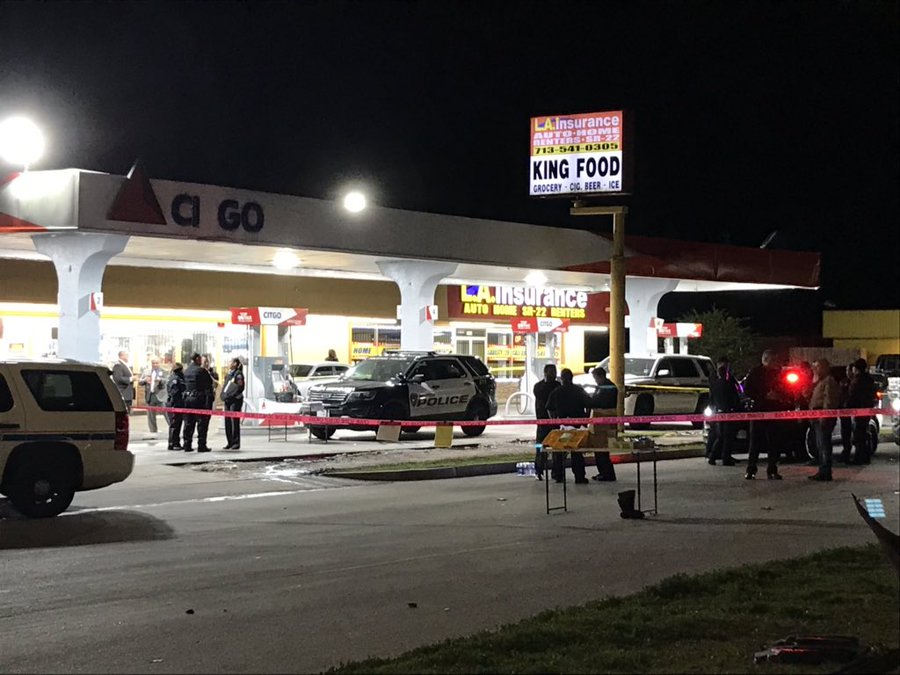 Of the officers involved, two of them are with HPD and two are with Pasadena police.
Police tell ABC13 that two other suspects were taken into custody.